Own your own Power Trucks USA location!
Menu 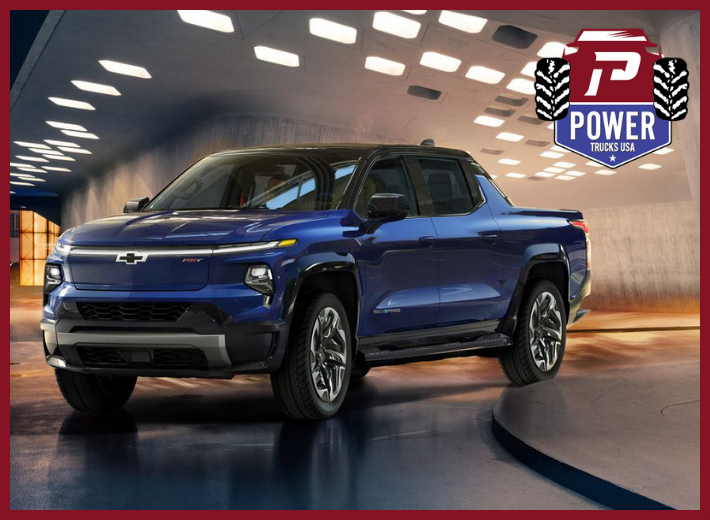 Curious to know what people have loved driving in 2021 so far? So was Motor Intelligence — who compiled a list of the best-selling cars, SUVs, and Pickup trucks to date. Is your ride on the list?

The computer chip shortage is forcing automakers to ration out chips to their most popular and profitable models.

Largely due to the chip shortage, in the third quarter U.S. auto sales fell 13.4%, according to Motor Intelligence. More alarming, sales fell an estimated 26.1% in September, vs. September 2020.

Worst of all, even after steering scarce chips to the most desirable models — like many of the Top 20 sellers listed below — sales fell regardless, for many of those best-sellers. For example, sales were down more than 40% in September, for the Chevrolet Silverado and the GMC Sierra full-size pickups. This suggests there really, really aren’t enough chips to go around. The last vehicles to go out of production are the ones with reported profit margins of $10,000 or more per vehicle: full-size pickups and SUVs.

How are consumers responding? Analysts said that to find something in stock, consumers search for cars online much farther from home than they usually would; settle for colors and features that aren’t their first choice; switch brands or body styles; switch from new to used.

All those actions make the chip-related shortage a threat to brand loyalty and dealer loyalty, and that hits automakers and dealers where it really hurts.

The industry average days-supply is just 22 days, less than half what it was six months ago, said Tom Libby, associate director, Loyalty Solutions and Industry Analysis, Automotive, for IHS Markit, in a recent webinar.

“This is not just a decline, it’s an extraordinary drop,” he said. Days-supply is an estimate for how long a given inventory would last without being replenished, at the current sales rate. Before the pandemic, a 60-day supply was considered the industry benchmark.

“Industry loyalty declines with days-supply,” Libby said. “There’s no question, brand  loyalty has been affected by the days-supply situation.”

Consumers who don’t absolutely, positively need a new vehicle right away increasingly are opting to sit on the sidelines until pricing and selection improve. Kelly Blue Book says 48% of respondents to a recent survey of in-market auto shoppers said they plan to postpone their purchases.

Despite everything, U.S. auto sales in Q3 were still around 3.4 million, and year-to-date sales after nine months were around 11.8 million, an increase of 14.2%, according to Motor Intelligence.

These are the top 20 sellers for the nine months through September, as reported by Motor Intelligence.

Sales for the Chevy Silverado were almost exactly flat year to date after three quarters, which wasn’t too bad, considering that in the third quarter, sales were down 16.6%, which analysts blame largely on the computer chip shortage. Under the skin, the Chevrolet Silverado and the GMC Sierra are siblings from General Motors

Sales for the Toyota RAV4 increased year to date, despite falling 22.6% in the third quarter, and 54.5% in September, because the computer chip shortage limited production. Without singling out any specific models, Jack Hollis, senior vice president of automotive operations for Toyota Motor North America, acknowledged “supply chain challenges” in September.

The industry computer chip shortage was slower to catch up with Honda and Toyota, since they entered the current crisis with better supplies, and they are accustomed to working with lean inventories. But the shortage has caught up with them, too. Honda CR-V sales were down 47.9% in September, and down 21.8% in Q3, Motor Intelligence said.

The Nissan Rogue has been a big seller since its redesign in 2020, for the 2021 model year. It’s pretty remarkable that year-to-date sales are still up more than 40%, considering Q3 sales were down 13.4%, and September sales were down 40.7%.

Like a lot of other models, sales for the Honda Civic dropped sharply in September, partly blunting a substantial gain year to date. Sales were down 12.9% in Q3. There are fewer small cars being offered on the U.S. market, period.

The computer chip shortage hit sales of the GMC Sierra in Q3, but year-to-date sales were up more than 10% vs. a year ago. In September, sales were down 42.4%. These are not sales General Motors would willingly concede, in the highly profitable, full-size pickup segment. .

Jeep recently introduced an all-new, redesigned Jeep Grand Cherokee, which probably helped generate buzz for the nameplate, along with deals on the outgoing model. The new 2022 Jeep Grand Cherokee includes a plug-in hybrid version Jeep calls 4xe. Wrangler (below), has been getting good sales traction with 4xe.

Jeep Wrangler sales fell about 15% in Q3, including a 22% drop in September, but demand has been so high this year that sales year to date were still up 10.6% after three quarters. The Jeep brand probably benefits from the fact that, according to Cox Automotive, Jeep had above-average levels of inventory towards the end of the third quarter, around a 45-day supply, vs. an industry average of 30 days.

The Honda Accord managed a sales gain of 8.7% year to date to 157,988, despite falling 39.6% in September, to just 12,174. The Honda Accord is one of the few cars on the Top 20 list, which is dominated by pickups, crossovers and SUVs. Mainstream sedans like the Honda Accord and the Toyota Camry have picked up share since the domestic brands have largely abandoned passenger cars, in favor of trucks, analysts said.

Sales for the Chevy Equinox crossover SUV were down 20.5% year to date to 151,110. GM reported September sales fell more than 80%, vs. a year ago, likely a victim of the computer chip shortage.

Year-to-date, 50.2% of Mazda sales came from the CX-5. It’s a fine vehicle that gets good reviews and was voted Best Crossover for 2021 by a panel of Forbes Wheels editors and contributors. Beyond that, the CX-5 may also be picking up business from other, more mainstream, brands because those other brands are out of stock, said Ivan Drury, senior manager, insights, for Edmunds. “People are discovering it, when they go to this and that dealer, and they’ve got nothing to sell,” he said.

The Subaru Forester is Subaru’s compact crossover SUV. Its September sales were down 24.7%. Subaru had just a 20-day inventory near the end of Q3, according to Cox Automotive, vs. an industry average of 30 days. Before the pandemic, a 60-day supply was considered the industry benchmark. Days-supply is an estimate of how long a given inventory would last, at the current selling rate.

Sales of the Subaru Outback Wagon (some call it a crossover; whichever, it’s a bit bigger than Forester) were down 19.7% for Q3, and down 58.4% in September. The brand has one of the fastest turnaround times from when new cars arrive, to when customers take delivery. Most are already reserved for a customer in advance. The Wilderness version (photo) with 9.5 inches of ground clearance has been much in demand.

Sales by Automaker Through September

Three automakers had phenomenal run-ups in sales: Genesis more than tripled sales, Bentley more than doubled sales, and Tesla was up 62%, to 221,161. Ten others, mostly premium brands, had sales gains of 30% or more.

Not only is Tesla the world’s most valuable car company based on total market value (market cap), it outsells virtually every premium brand, including Audi, Acura, Cadillac, Volvo, Lincoln, Land Rover, Porsche, Infiniti, Alfa Romeo, Jaguar and eight other premiums with sales under 1,000 a month. Only Mercedes-Benz, BMW and Lexus outsold Tesla, but not by a lot.

Tesla’s great year so far helped the market share for EVs jump to 2.8% of sales. A year ago it was slightly under 2%. The bulk of EV sales are on the West coast and Northeast. California alone accounts for four in 10 EV sales.

Is it time to tune your truck, jeep, or SUV, or (even better!) add some sweet custom accessories to it and make it look and drive fantastic? Power Trucks USA has all your favorite brands, parts, and accessories, and a team of enthusiastic and skilled mechanics at our garage in Warrenton, VA, to help you out! Call us today at (540) 349-0339, or find us on Facebook here. 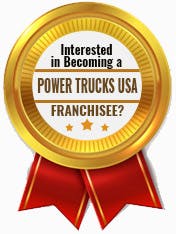